…and let the sands beneath your feet claim you.
For anywhere you walk is holy ground.

…and let the sands beneath your feet claim you.
For anywhere you walk is holy ground.

There is a crack, a crack in everything
That’s how the light gets in. ~ Leonard Cohen

We live in a bell jar, a hermetically sealed biosphere where every breath is re-breathed,
has been breathed …by Jesus, by Hitler. And our thoughts, beliefs, and perceptions are layered
like clouds in the atmosphere. We are contained by them.
The crack is the question the poet poses. A glimpse of something beyond these borrowed ideas.
A flash from the mountaintop that fractures all the nicely ordered systems.
What questions haunt you?
The poem is in the question, not the answer. 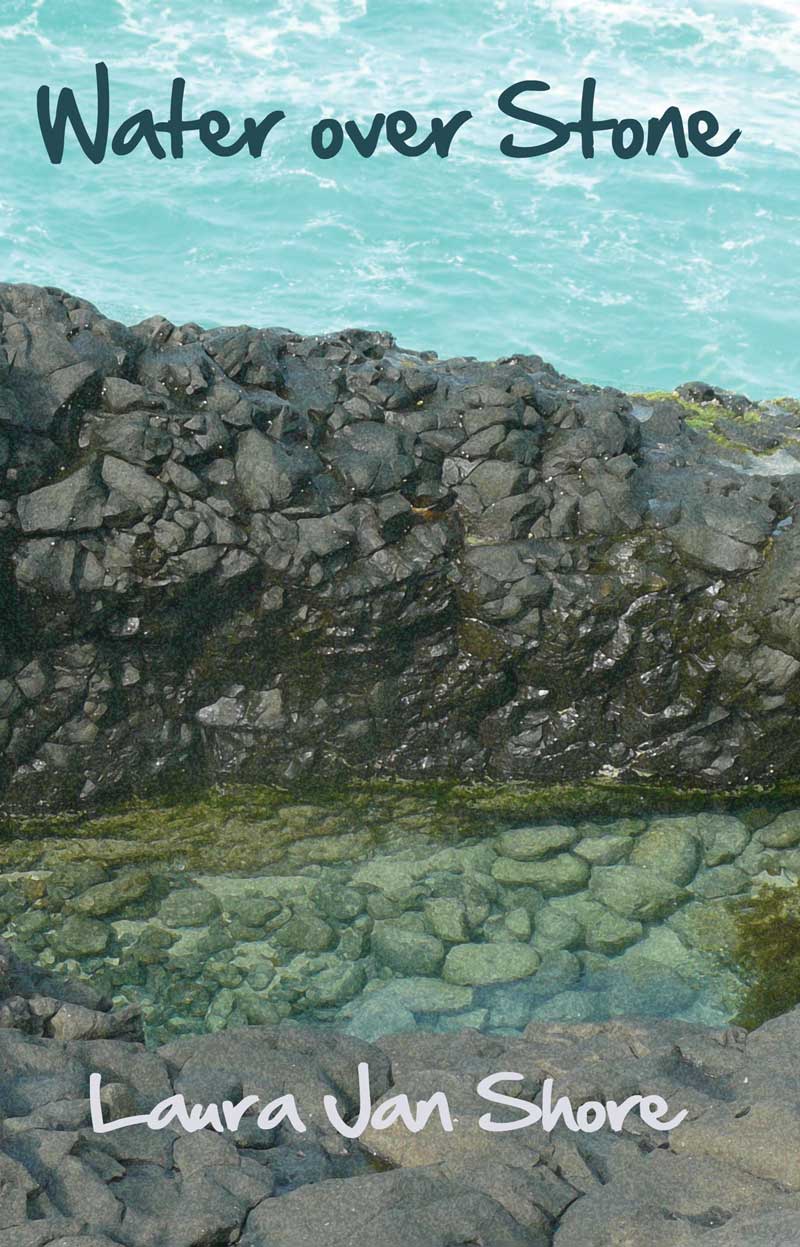 Like water spilling over stones, these poems seem to bubble up from the depths.
“Uncaged by calendars and watches”, one character retreats into rainforests, another explores the world barefoot seeking “life’s wild handful of quiver and piss.” A twelve-year-old shoots a rattlesnake, an octogenarian pulls vines in the public park. Wolves travel in a van inspiring dreams of “the boundless rush and yap of belonging” and a whale offers solace on a balmy night on the Coral Sea.
These are luminous reflections on the complex and sometimes fraught relationships between society and the natural world.

Afterglow is a poetry of love born, lost and then regained.

With meticulous and lyric detail, Laura Jan Shore examines her relationship with her husband from a myriad of angles like a painter contemplating the lifelines of her subject, conveying deeply felt emotion but without the shorthand of sentimentality. This is about love that endures beyond the confines of mortal time.

I offer private Mentorships, Online Classes and Workshops. I am happy to travel and offer a workshop in your area. For further information please contact me HERE.

Workshops I have offered include:
The Shamanic Power of Poetry, Writing Our Way Home, Inventing the Poet, Communing with the Greats, Embracing the Wind, Recollections, Rage on the Page, Out of Bounds, Chariots of Form, Extreme Joywriting , Day Spa for the Soul and many more. 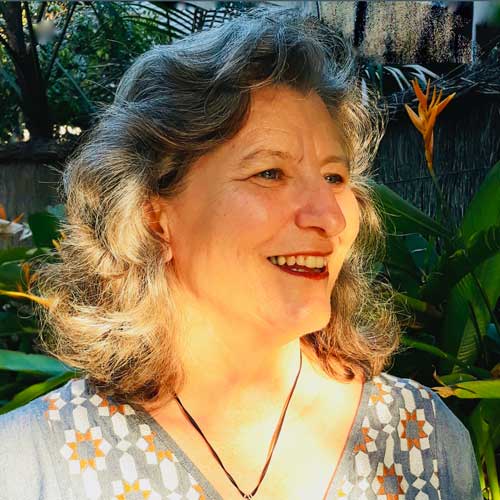 Born in the UK, raised in the US, Laura Jan Shore immigrated to Australia in 1996 and has lived on the Far North Coast of NSW ever since. Her poetry collections include Breathworks, Dangerously Poetic Press, 2002 and Water over Stone, IP Picks Best Poetry 2011, Interactive Press and Afterglow, 2020, Interactive Press. She’s also the author of YA novel, The Sacred Moon Tree, Bradbury Press, 1986 which was nominated for the Washington Irving Children’s Book Award.

Her work has been published in anthologies and literary journals on four continents including Aesthetica, Magma and The Best Australian Poems, 2013.

President of Dangerously Poetic Press, she co-edited 13 books and has facilitated poetry readings since 2000. She has been teaching creative writing and poetry since 1980.

After her husband’s sudden death, she felt compelled to piece together the mosaic of contradictions— his enigmatic character and the love that saw them through: marriage, divorce, five years on separate continents and then re-marriage for an additional thirteen years. To write about this, she needed support. She enrolled in the low-residency MFA program at Pacific University, Portland, Oregon where she had the privilege to work with some of her favourite poets such as: Dorianne Laux, Joseph Millar, Sandra Alcosser, Kwame Dawes and Ellen Bass.  In June, 2019 she received her MFA in Creative Writing and completed the manuscript for Afterglow.

Poetry brings solace and renewal in a chaotic world. Laura will continue to encourage local community building through poetry.  Her dream is to find fresh ways to connect poets and poetry lovers so they might nourish and sustain each other in a global community.

“I leave her workshops totally uplifted, inspired and excited by what I have achieved under her magical tutelage.”

“I always come away from Laura’s workshops inspired to write and I do. Her teaching reaches into my heart and helps me express what I need to say.…a very special teacher.”

“There’s something very inspiring about the gentle way that Laura teaches, informs, plays and has fun with language. A depth and breadth of scope and vision that is both simple and contemplative.”

“Laura’s passion for poetry goes beyond workshops to create a poetry family, a tribe who inspire and refine each other’s work. She has an unfailing variety of ways to mine the poetic seam and get words onto the page – if she’s teaching, I’m there…”